The City of Clayton has received federal funding for a preservation project to resurface Brentwood Blvd. from Forsyth to Clayton.  This federal funding application included resurfacing of the roadway, upgrading curb ramps to ADA standards, brick paver crosswalks, and a landscaped median (Bonhomme to Shaw Park).

This project has been awarded to Pace Construction Company, LLC.  A preconstruction meeting is scheduled for late November before construction begins.  Work will likely begin early 2020 due to low temperatures with paving taking place in spring of 2020.

September 2019 - Bids closed and recommendation made to MoDOT, awaiting concurrence of bid from MoDOT before construction can begin.

December 2018 - Final plans are under review and easement acquisition is near complete.  Pending MoDOT approval of plans, the project is planned to be bid this winter with construction starting in the spring/summer and lasting approx. 3 months.

June 5, 2018 - Property negotiations for easements/row are finalizing and final plans will be submitted to MoDOT this month.  Link below to the plan sheets showing the project extents.

January 23, 2018 - Right of way plans have been approved by MoDOT and final plans are underway.  The City will soon be contacting property owners along the route for which easement or right of way is needed.

April 18, 2017 - Public Works staff, and the project design consultants, presented to the Board of Alderman on the Brentwood Blvd. Resurfacing Project.  Staff provided an update on the design evolution and after thorough discussion, it was determined that the project would proceed as initially programmed and a short median being added just north of Shaw Park Drive but stopping short of the existing driveways.  The median will be approximately 60' long and provide refuge for pedestrians crossing Brentwood east/west at this location.  Staff will be evaluating future opportunities for bicycle/pedestrian access along Brentwood.

March 14, 2017 - Public Works and HR Green presented the original option, plus four additional options, to the Board of Alderman for comparison and consideration.  The presentation materials can be viewed at the link below.

December 7, 2016 - City hosted an Open House to present the project to the public and receive feedback prior to design.  A number of items were raised, including medians,  pedestrian facilities, and two-way bicycle facilities. 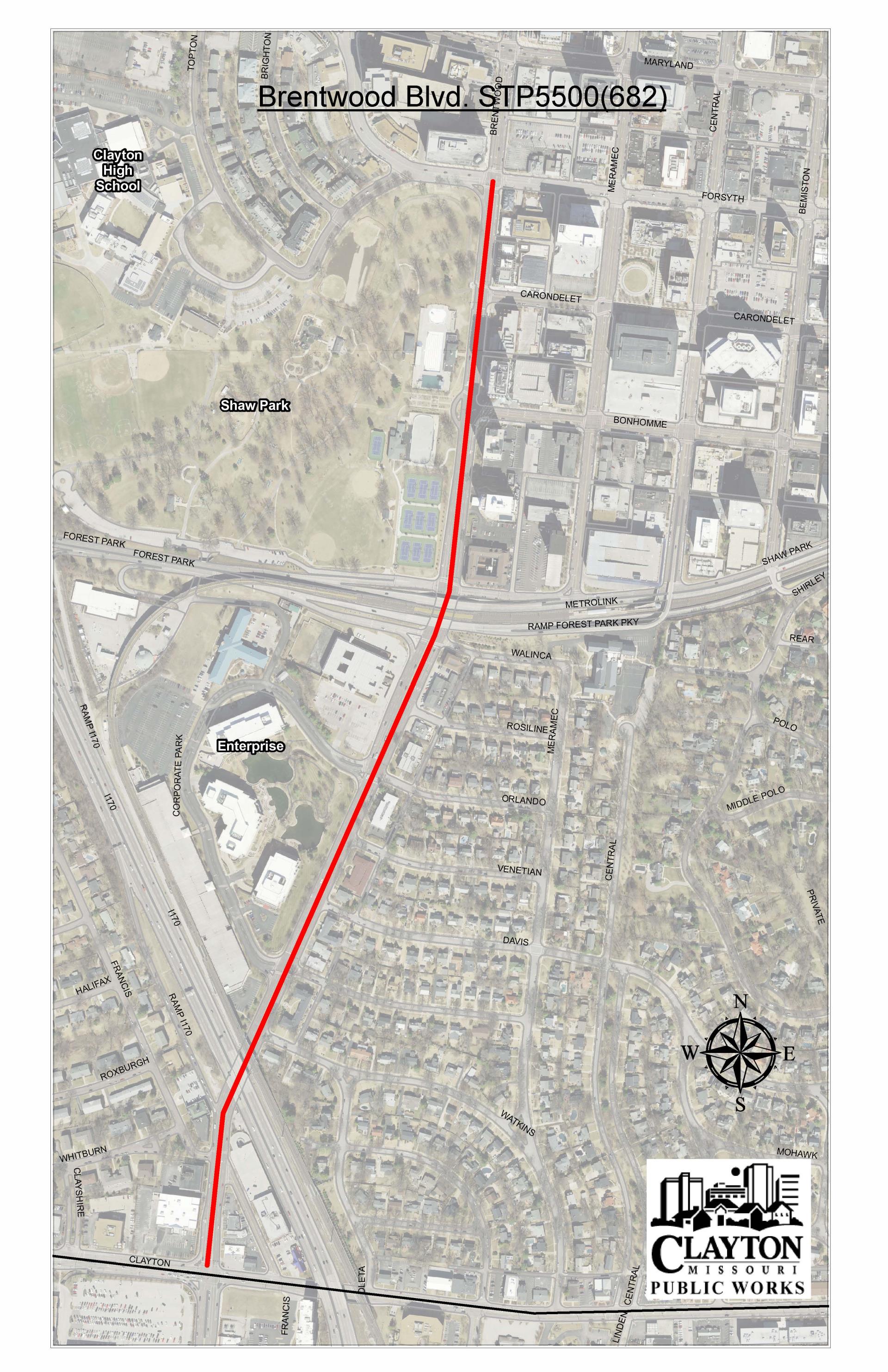